Designed for sportfishermen, cruisers, sailors and sailing racers who demand high performance, ease of operation and feature integration in a chartplotter/sonar combo. The 10-inch multi-touch widescreen GPSMAP 7410xsv combo includes built-in dual CHIRP sonar plus CHIRP DownVü and CHIRP SideVü scanning sonar with the clearest images on the water. Its internal 10 Hz GPS updates your position and heading 10 times per second. GPSMAP 7410xsv is fully network capable, including Garmin Network and NMEA 2000, and offers the conveniences of built-in Wi-Fi® connectivity.

The built-in sonar capabilities of the GPSMAP 7410xsv include 1 kW dual CHIRP sonar, the most sophisticated sonar technology available for the fishing and boating public. Dual CHIRP sonar provides amazingly clear target separation and definition because it puts even more energy onto the target than CHIRP. It gives you the ability to show low/high, med/high or low/med on the screen at the same time, enhancing your ability to distinguish between game fish and balls of bait fish. It also includes both CHIRP DownVü and CHIRP SideVüscanning sonar that provide nearly photographic sonar images of fish and structure that passes below and to the sides of your boat. Garmin DownVü and SideVü provide the clearest scanning sonar images on the water. Also supported are 50 kHz/200 kHz, 77 kHz/200 kHz and Minn Kota® and MotorGuide® trolling motor transducers (sold separately). GPSMAP also includes sonar-recording capability that coordinates the timing of the sonar return with your boat's position and saves digital information for playback on a computer using HomePort™ planning software.

This transom mount transducer provides ultra-clear sonar pictures of objects, structure and fish that pass below your boat. This traditional CHIRP and CHIRP DownVü/SideVü transducer is optimized for depth performance and rough conditions.

You can add your choice of Garmin marine radar, including our powerful xHD2 open array radars or xHD dome radars that pairs ease of use with advanced open array features.

GPSMAP 7410xsv allows you to share features with other compatible GPSMAP units, such as sonar, radar, supplemental maps and user data, including waypoints, routes and tracks. User data entered into 1 chartplotter can be automatically synced with other chartplotters in a network.

Fast, responsive 10 Hz GPS/GLONASS refreshes your position and heading 10 times each second to make your movement on the screen more fluid. It makes dropping up to 5,000 accurate waypoints — and finding your way back to them — quick and easy.

Enjoy the ability to control all compatible FUSION-Link-enabled audio systems directly from your compatible chartplotter display.

Built-in Wi-Fi/ANT for use with Garmin Helm™ and BlueChart Mobile.

View and Control Your Device from a Smartphone or Tablet

Garmin Helm allows you to view and control your compatible Garmin chartplotter from a compatible smartphone or tablet while providing enhanced situational awareness for the mariner. Easily switch between portrait and landscape mode to accommodate mounting preferences. When using an iPhone® or iPad®, you can even record a movie of your chartplotter screen to share with friends and family. Download from The App Store™ or Google Play™.

Just enter the location where you want to go and patented Garmin Auto Guidance technology instantly searches through relevant charts to create a safe virtual pathway on the display that helps you avoid low bridges, shallow water and other charted obstructions en route.

Better still, with enhanced Version 2.0, you now have access to even more features and capabilities. You’re able to adjust the calculated Auto Guidance pathway by inserting “via” points at interim stops or landmarks along your desired route. You can easily review hazard points along your calculated path. And you can even engage your compatible Garmin autopilot to follow the Auto Guidance route, automatically

If you have waypoints, tracks or frequently used routes stored on another manufacturer’s GPS product – or on a Garmin handheld device –  now it’s easier than ever to transfer those items to your new Garmin chartplotter, via industry-standard GPX software formatting. GPX is an open standard format for GPS data exchange across platforms and applications. With this easy-to-use interface technology, Garmin has taken “no waypoint left behind” to a whole new level of trade-up convenience. 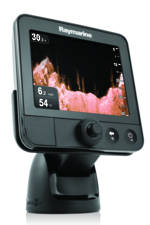 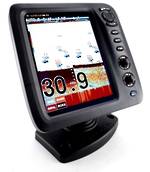